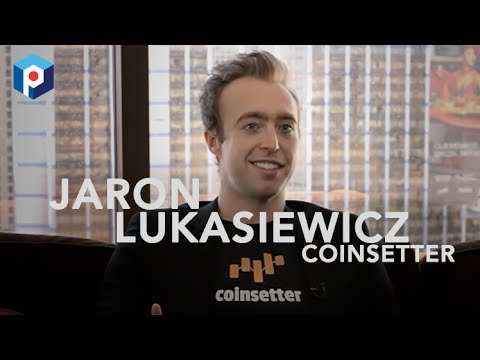 SOMN is severely undervalued and has potential for huge returns, here's why.

Hello all!
I'm really excited about this project and this coin. I believe there are some very important factors that make this coin stand out to me as an undervalued option with a lot of room to grow. Since Golem (GNT) is SOMN’s main competitor I am going to focus mainly on their growth and capital gains as a sort of benchmark for what SOMN can attain. SOMN is focused on making a product first and then marketing and they have a solid highly experienced team behind it. The time to look into the currency is now and not after it explodes, and here is why:


Link to their site: https://sonm.io/

1. Current Market Capital
As of writing (Dec, 11, 2017) this crypto has a market cap of 61 million. For comparison, Golem (GNT) their main competitor, has a market cap of 260 million. Why is this important? It shows there is a lot of potential interest (nearly 5x) in this space already.
 2. Medium Supply Amount
The circulating supply of SOMN is currently 359.6 million, just under half of Golem’s circulating supply. The total supply for both coins mirror this as well, with SOMN at 444 million total, to Golem’s 1 billion. Why is this important? Less coins in circulation means higher value per coin. In the event that SOMN simply reaches Golem’s market cap of 260 million, the value per SOMN coin would equal 73 cents (17 (current value) x 4.3). If SOMN breaks 1 billion in market cap the coin would be valued at about $2.56 from the current 17c value. Now, with all the hype surrounding Bitcoin, you may think $2.62 isnt that much, but remember, in the event that SOMN breaks 1 billion, that would be a 1639% return. Furthermore, for Bitcoin to break that same amount of returns it would need be valued at $272,000 per coin (16,612 x 16.39) and have a market cap of 4.5 Trillion USD. Which is more likely? Bitcoin breaks $4.5 Trillion, or SOMN reaches $1 Billon?
Caveat: SOMN and BTC serve two different functions in the Cryptocurrency space. BTC is a store of value, SOMN is a decentralized super-computer network that harnesses user’s computer power. SOMN will never be valued in the trillions, but it doesn’t need to be, the whole point of this post is the massive current undervalue of this coin and room for profit. If you’re fine going long on a coin that isn’t really that useful and has its value derived solely by hype then by all means, go long on Bitcoin; just be aware of the tremendous risk you are putting yourself at and the fact that you’re already late to the party.
 3. Sleek website
This one may seem minor, but at this time having a sleek and well-designed website is important. As they say, first impressions matter. In this case, it shows competency in a team and professionalism in a project. Like many of you here, I have visited a lot of crypto sites, and SOMN’s website is among my favorites. Sleek, clean, and professional, I like it.
 4. Strong team
The team is experienced. One of my biggest fears when investing in a coin is that I am throwing money into a group or project without any experience backing it up. SOMN’s team is composed of several very experienced members in the Ethereum, blockchain, and Cloud spaces, as well as having advisors from LISK (Max Kordek), DecentraNet (Simone Giacomelli), Coinsetter (Jaron Lukasiewicz), and other projects. (There are links at the bottom that reference the team members.)
 5. Large market
Golem is SOMNs main competitor, as mentioned earlier they have over 4x the market cap of SOMN circulating in their coins. There is already four-times the interest in this specific crypto space and neither Golem, nor (especially) SOMN, have “moonshot” yet, so who knows where the ceiling is. Furthermore, both projects aim to provide their respective decentralized computational power towards a variety of projects; from rendering CGI/video, mining, scientific projects, neural networks, and any other scenario where massive computational power can be applied. The market that SOMN is targeting is estimated to have a volume of over $300 billion by 2020 and will only grow from there.
 6. Competitor is already expensive (already valued at nearly $300 million)
This point is more of an opinion, I have no issue with Golem, but I think there are a few valid arguments that can be made at this time. Golem is, as mentioned earlier, much more expensive to buy into, thus the profit margin is significantly lower. If you’re invested into these projects to make money that point should speak for itself. Additionally (and this is somewhat minor), Golem’s website looks amateurish and outdated. If new users were to look at both sites which would leave a better first impression? https://golem.network/index.html or https://sonm.io/
 TL;DR: SOMN provides a very lucrative and potential huge return on investment (over 1600% if it reaches 1 billion market cap. The vast majority of people investing in the cryptocurrency are doing it to get rich. If that is your objective then you need to be ahead of the curve. Buying into a coin after it already moonshot is not the answer, you need to beat the hype (and do your homework!) There are a lot of scam coins out there, projects with limited usage, or very high circulating coin supply. SOMN stands out to me strong option that is undervalued in the super-computer space and larger Cryptocurrency space. Buying into it now is ideal because there efforts are focused on producing a product instead of marketing as opposed to a lot of other coins where they are putting the cart before the horse.
Sources: https://bitcointalk.org/index.php?topic=1845114.0 (March 2017) https://medium.com/@EthereumRussian/ico-review-of-sonm-snm-tokens-on-ethereum-blockchain-c59486751cf (JUNE 2017) https://sonm.io/ https://coinmarketcap.com/currencies/sonm/#markets https://coinmarketcap.com/currencies/golem-network-tokens/ https://www.youtube.com/watch?v=PMYYA3htne4