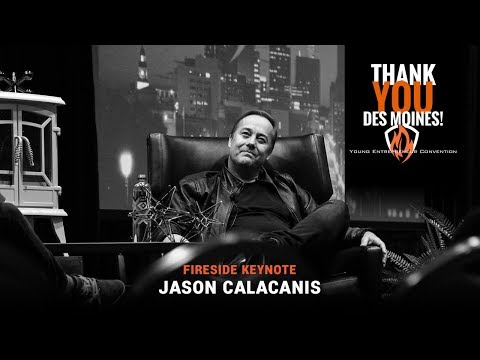 Is The Writing on the Wall for BTC?

First things first.
Not trying to start a flame war here, or spread FUD at all. I'm just trying to summarize / make sure I am aware of the big going-ons in the crypto (specifically ETH / BTC sector.) world.
"3. Bitcoin itself could go to zero The Bitcoin HODL crowd (a play on words for “hold,” as in hold your coins, never sell them), think this is insane, but we’ve watched many times as the early projects in a promising vertical go to zero and the 10th goes to the moon.
Many of us used Ask Jeeves, Lycos, and LookSmart before seeing Google show up in 1998. https://en.wikipedia.org/wiki/Timeline_of_web_search_engines
Many of us used SixDegrees, Friendster, LiveJournel, and MySpace before Facebook in 2004.
Bitcoin is facing massive challenges around speed of transactions, the size of the blockchain, transaction costs and governance.
Governance could be the thing that takes it down. If you want to jump down that rabbit hole, you can watch this video: https://www.oii.ox.ac.uk/blog/the-blockchain-paradox-why-distributed-ledger-technologies-may-do-little-to-transform-the-economy/
The majority case in my mind, is that Bitcoin will, as the first technology out of the gate, be supplanted by a much better technology. This could be a fork of Bitcoin or simply a new, much better product.
As time moves on, consumers get savvier, and that means they recognize a better product quicker and move to it faster and faster. We’ve seen this with people jumping from Hotmail to GMAIL, BlackBerries to iPhones, and dialup to broadband internet.
Consumers will not have the loyalty to Bitcoin that they have to their email account and BlackBerries, because they don’t actually use Bitcoin for anything other than speculation. The switching cost will be zero, as opposed to switching your phone, which requires backing up your data, moving your phone number, and setting up your new iPhone and selling your BlackBerry.
We could see a run on Bitcoin that happens in days or hours, not years like the decline of RIM (BlackBerry’s parent company) and AOL."
Note -- he doesn't mention Ethereum at all in his mega-critical article of the crypto sector in general. I don't know if this is bullish, but I know at the very least it isn't bearish.
Is it just me? Or has there been a steady drip of negative news for BTC? I've heard nothing but positive tests for Casper.
Thanks in advance for not flaming me.
Edit: a word. Binance added ethxxx pairs, they didn't replace anything.

BAT/BRAVE Open New Office in London, UK; Presentations in Singapore and South Korea
Last week, Brave gave multiple presentations in a flash tour across Asia and signed a lease for new space for its London office.
See the exciting blog post here: https://basicattentiontoken.org/global-brave-news-brave-officially-opens-london-office-and-presents-in-singapore-and-korea/
Brave and BAT NYC Meetup (May 15, 2018)
Come meet Brendan Eich, CEO of Brave, co-founder of Mozilla and Firefox, and creator of JavaScript. Brian Brown, Brave's Chief Business Officer, will also join the Q&A.
https://www.meetup.com/Brave-Basic-Attention-Token-NY/events/250616552/
BAT/Brave at Hacks/Hackers Montreal (May 17, 2018)
On May 17th, Jennie, BAT Community Manager, and Chris (@chriscat/@miyayes) from BAT Canada will be presenting and providing a Q&A on BAT/Brave at Montreal’s “Hacks/Hackers” blockchain meetup. See event for more details:
https://www.meetup.com/en-AU/HacksHackersMontreal/events/250250839/
Brave browser for desktop speed test vs. Chrome and Firefox posted for popular websites
Brave shows it is up to 3x faster on popular websites. Watch the 1 minute video here!
https://player.vimeo.com/video/263001405?/b6571bfdaa
BAT nominated for Best Project in the Crypto Influencer Awards
Please help vote for BAT!
https://twitter.com/AttentionToken/status/994598838043230208
Watch Brendan’s full presentation in Seoul, South Korea
If you couldn’t be there for the BAT/Brave meetup in Seoul, you can now view the entire talk online! Lots of fantastic information. The presentation is in both English and Korean.
https://youtu.be/49fA-tyzSlE
Great New Interview with Brendan Eich & Jason Calacanis
https://www.facebook.com/jasoncalacanis/videos/10156446571229444/
Brave Creator Spotlight: Fanmade Brave Commercials
u/lukemulks’ brother has filmed a series of comedic Brave commercials. Be sure to watch them for a good time and, well, to get Brave ;).
Create your own BAT/Brave commercial and we’ll feature it in our weekly update and perhaps send you some nice BAT/Brave merch!
https://youtu.be/15B7zrcDFnI
BAT Community Merch Giveaway Winners!
The winners for our BAT Community Merch GIveaways for this week are:
Monday (Reddit): u/cmillhouse
Tuesday (Twitter): @RGhadamian
Wednesday (Facebook): Allan Cyphor Durante
Be sure to tune in to our social media channels every Monday, Tuesday and Wednesday to participate for your chance to win!
____________________________________

Supporting Brave means empowering freedom.
With Brave, a revolutionary browser from Brendan Eich (Javascript creator, Mozilla, and Firefox Founder) you just pay a monthly contribution which is divided among the publisher sites you visit the most. Avoiding shitty ads and trackers. It’s like Netflix, but for surfing the Internet. You pay a monthly price to reward content creator while everything flows.
https://medium.com/@alexsicart/supporting-brave-means-empowering-freedom-deeee0c5095b
5 Industries Primed for Blockchain Disruption
There are many startups taking a crack at solving the attention economy problem, but perhaps none are quite as on the nose as the blockchain project, Basic Attention Token. Not only does BAT provide an internet browser that blocks ads and trackers, but its business model works on the revolutionary concept of directly paying consumers for viewing ads. This incentivizes users to view ads they'd normally block or tune out, and it achieves more precise targeting for advertisers with lower rates of fraud.
https://www.business.com/articles/5-industries-primed-for-blockchain-disruption/
Basic Attention Token (BAT) Hosts 1st Meetup in Seoul
Basic Attention Token (BAT) and Brave Software CEO Brendan Eich aims to change that Internet usage paradigm and shift users into a decentralized blockchain-based digital advertising and services platform with the open-source Brave browser as an example where users are given a more private, faster, and better browsing experience while also giving them their own freedom to reward their favorite sites and content creators with its native BAT cryptocurrency.
http://www.blockchainnews.co.knews/view.php?idx=1105&mcode=m83o8vm
Is 2018 the Year of the Security Token?
Utility is where the market headed after bitcoin became old news. The aptly named ‘utility tokens’ are the result of an ICO whereby users of a blockchain platform pay with the tokens sold during the ICO, or that they earn for providing some other relevant input. Basic Attention Token rewards users in BAT for using the BRAVE browser and viewing ads.
https://www.investopedia.com/tech/2018-year-security-token/


News You Should Know:

Inside the Brotherhood of the Ad Blockers
Pi-hole (as in “shut your …”) is a free, open source software package designed to run on a Raspberry Pi, a basic computer that’s popular with DIYers, fits in the palm of your hand, and retails for about $35. Most ad blockers have to be installed on individual devices and work only in web browsers, but Pi-hole blocks ads across an entire network, including in most apps.
[This article mentions Pi-hole, which is a great concept. Briefly mentions Brave, so put it in the news you should know section.]
https://www.bloomberg.com/news/features/2018-05-10/inside-the-brotherhood-of-pi-hole-ad-blockers
Apple is reportedly removing apps that share your location data with third parties
Apple has started removing apps from the App Store that violate the company’s policies by sharing location data with third parties without explicit consent, reports 9to5Mac. The breaches are related to sections 5.1.1 and 5.1.2 of the company’s App Store Guidelines, which say that apps must not transmit “user location data to third parties without explicit consent from the user [or] for unapproved purposes.”
https://www.theverge.com/2018/5/9/17334602/apple-targeting-apps-location-data-sharing-third-parties
Google goes for the wow at I/O, but what about privacy?
While there were some jaw-dropping announcements, what we didn't get was a whole lot of insight into how the world's biggest search company is thinking about its approach to privacy and data collection. ZDNet, CNET's sister site, points out that there was no mention of privacy, and only one mention of security during the entire two-hour keynote on Tuesday.
https://www.cnet.com/news/google-goes-for-the-wow-at-io-2018-but-what-about-privacy-ai-virtual-assistant/
Medium abruptly cancels the membership programs of its 21 remaining subscription publisher partners
Medium has informed publishers using its platform to offer paid memberships that it’s ending that feature. An email at the end of last month from Medium’s head of partnerships Basil Enan told publishers that the company was planning to discontinue memberships in May.
http://www.niemanlab.org/2018/05/medium-abruptly-cancels-the-membership-programs-of-its-21-remaining-publisher-partners/
Jason Kint posts about Facebook and Google are eating all US advertising
Jason Kint‏ @jason_kint
woah, new read on IAB report today, Duopoly actually eating all US advertising. TOTAL Internet + TV + B2B + Magazines + Newspapers + Radio + OOH + Music + Video Games + Cinema = grew $13.3B in 2017 Google and Facebook = grew $13.4B in 2017 "Everything Else" = shrank $.1
https://twitter.com/jason_kint/status/994766261304414208
_____________________________________________________

BrendanEich @BrendanEich
Private Tabs using Tor is coming to Brave very soon, too. Exit-region-selection soon after (not soon enough but I will subside). Cc: @bcrypt
7:03 PM - May 9, 2018
Yan @bcrypt
i will be interviewing @xychelsea onstage at HOPE this july.
4:21 PM - May 3, 2018

Sqweetz‏ @iamtweetingyo
@mozilla haven’t used your product in a long time. Switched to @brave and never looked back. This dishonest post just confirms I made the right decision. 7:49 AM - 10 May 2018
Aidan McCourt‏ @AidanMcCourt
Web browser @brave is a worthwhile alternative to anti-democratic @Google’s chrome. 6:26 AM - 10 May 2018
Cyphor "Not giving away $BAT" Durante‏ @cyphordurante
It only shows how generous the @brave team is. $BAT's weekly merch event. Thank you @AttentionToken. 12:18 AM - 10 May 2018
@jamiesonbaker_
Here's some stats on @brave browser adoption. I really want to see this project succeed. As a web developer, I think our total dependence on Chrome is not necessarily a good thing for the industry... 📷9:17 PM - 9 May 2018
@paddycyp
Been using @brave browser for less than a day...AMAZING#brave #BAT #mozilla 5:14 AM - 5 May 2018
@babbington12
I started using @brave less than a week ago. In that time, it tells me, it has stopped more than 1,200 trackers. That's a lot. 1:45 AM - 5 May 2018

Bitcoin May Be Less Volatile Than We Think

Bitcoin lost a quarter of its value this month, briefly dropping below $10,000. Once casual investors realize they've been buying into "what is essentially a huge fraud," VC Jason Calacanis said ... Der Großinvestor und Business Angel Jason Calacanis, prophezeite jüngst auf Twitter, dass der Bitcoin Kurs auf unter 500$ (450 Euro) fallen werde. Calacanis arbeitet unter anderem mit dem Unternehmen Uber zusammen. VC Jason Calacanis said, there is 33% chance that bitcoin goes to zero. Bitcoin lost a fourth of its esteem this month, quickly dipping under $10,000. Once easygoing investor acknowledges they've been getting tied up with "what is basically a huge fraud misrepresentation," VC Jason Calacanis stated, the digital currency will tank. Calacanis additionally pushed back on late against tech ... Jason Calacanis. Source: Medium. During the recent dual-podcast with Pomp, the topic inevitably reached Bitcoin, since Pompliano is one of the most popular BTC proponents. Calacanis firstly said that after the show, he “will go home today and say, “maybe we should put 1-2-3% into Bitcoin and make a big trade.” Because I have been sitting ... Bitcoin Predictions From Jason Calacanis Earlier today, Calacanis said that the world’s largest cryptocurrency by market cap operates in a manipulated market. “It’s possible [bitcoin] is built to last, but not probable, so keep your position to an amount you’re willing to [lose]...For most, that’s 1-5% of net worth.”