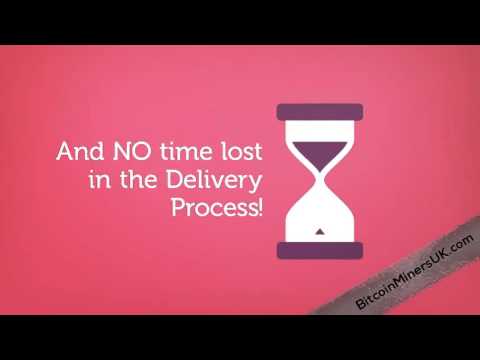 Link to InformationAge link: https://www.information-age.com/blockchain-technologies-a-boost-57-billion-uk-economy-by-2030-123492102/
Blockchain technologies could boost the UK economy by £57 billion over the next decade and the global economy could see a $1.7 trillion boost
Analysis by PwC has found that blockchain technologies could have the potential to boost the UK economy or GDP by £57 billion over the next decade.
PwC economists have assessed how the technology is currently being used and gauged its potential to create value across every industry, from healthcare, government and public services to manufacturing, finance, logistics and retail.
Steve Davies, global blockchain leader at PwC, said: “Blockchain has long been associated with cryptocurrencies such as Bitcoin, but it has much more to offer, particularly in how public and private organisations secure, share and use data.
“As organisations grapple with the impact of Covid-19, we have seen an acceleration in many disruptive trends. Our analysis shows the potential for Blockchain to support UK organisations in how they rebuild and reconfigure their operations, underpinned by improvements in trust, transparency and efficiency.”
The report has identified four key application areas of blockchain technologies and assessed their potential to generate value using economic analysis and industry research.
The analysis suggests a tipping point in 2025 as blockchain technologies are expected to be adopted at scale across the global economy.

Tracking and tracing products and services — or provenance — emerged as a new priority for many companies’ supply chains during the pandemic and offers the largest economic potential. It is forecast to boost the UK economy by £30 billion by 2030. Blockchain’s application can be broad ranging from heavy industries, such as mining, through to fashion labels, helping respond to the rise in public and investor scrutiny around sustainable and ethical sourcing.

Payments and financial services, including use of digital currencies, or supporting financial inclusion through cross border and remittance payments, £13 billion boost by 2030.

Application of blockchain in contracts and dispute resolution £3 billion boost by 2030, and customer engagement £1.8 billion boost by 2030, including blockchain’s use in loyalty programmes further extends its potential into a much wider range of public and private industry sectors.
According to the PwC, the success of this blockchain revolution will depend on a supportive policy environment, a business ecosystem that is ready to exploit the new opportunities that technology opens up, and adoption across industry sectors.

The biggest beneficiaries from blockchain technologies could be public administration, education and healthcare sectors in the UK.
PwC economists expect these sectors to benefit to the tune of £22 billion by 2030, by capitalising on the efficiencies blockchain will bring to the world of identity and credentials.
Meanwhile, there will be broader benefits for the business services £15 billion, wholesale and retail £13 billion, and communications and media £5.3 billion sectors by 2030. They will benefit from using blockchain to engage consumers and meet demand for provenance and traceability.


Asia on the rise thanks to blockchain

Blockchain is forecast to boost the global economy by $1.7 trillion by 2030, and, across all continents, Asia will see most economic benefit.
In terms of individual countries, blockchain could have the highest potential net benefit in China ($440 billion by 2030) and the USA ($407 billion by 2030).
Five other countries — Germany, Japan, UK, India, and France — are estimated to benefit by more than $50 billion by 2030.
Davies added: “One of the biggest mistakes organisations can make with implementing emerging technologies is to leave it in the realm of the enthusiast in the team. It needs c-suite support to identify the strategic opportunity and value, and to facilitate the right level of collaboration within an industry. Establishing proof of concept uses which can be scaled up if successful will enable businesses to identify the potential usages of Blockchain, while building confidence and trust in its ability to deliver.”

The report warns that if blockchain’s economic impact potential is to be realised, its energy overhead must be managed.
Growing business and government action on climate change, including commitments to Net Zero transformation, will mean that organisations need to consider new models for consolidating and sharing infrastructure resources, to reduce reliance on traditional data centres, and their overall technology-related energy consumption.

Crypto Banking Wars: Will Coinbase or Binance Become The Bank of The Future?

- CipherTrace Scout App Takes Crypto Investigations Mobile: Federal agents want to move their tracing ever deeper. In a pre-solicitation document at the end of last year, the Department of Homeland Security mulled the feasibility of tracing privacy tokens, which confound easy research with complex security. Technologies such as CipherTrace and Chainalysis now pervade law enforcement agencies across the country. (Yahoo)
- Jevans in potdast "Discusses Latest Research Findings" (link). One goal is to prevent sanctioned countries from from avoiding sanctions by using crypto.
- US Regulator Zeroes in on Binance Chain as SEC Awards Monitoring Contract to Ciphertrace: SEC says it has chosen Ciphertrace because “its products are the only known blockchain forensics and risk intelligence tool that can support the Binance coin (BNB) and all tokens on the Binance network.” (News BTC)
- The Government Wants Your Crypto Data. And Lots of It. (Context of activities like those carried out by Cipher, named as one, and other companies doing the same) (Mines)
- While the tool can track stolen or illegal funds, CipherTrace plans to add more features, such as wallet identification and exchange attribution. But the private nature of Monero makes the tool unable to give a 100% guarantee on the data. When asked about whether the tool can trace the identity of the individuals, Jevans said they have not done that at CipherTrace. "We don’t identify individuals, he said. That task belonged to the law enforcement, Jevans added. (IBTimes)
- Regarding the regulation recently instated in EU privacy law (GDPR, implemented to protect the privacy of individuals) Mr Jevans said: “GDPR will negatively impact the overall security of the internet and will also inadvertently aid cybercriminals. (Express Co UK)

Currency-mining.com is a high yield investment program which provides long term deposit plans. It started on 30th Apr 2020, and the minimum deposit amount is only $10. The admin bought Standard listing on my website four days ago. My former withdrawal requests are all processed instantly into my PerfectMoney wallet. Now let me introduce it to you.
Started: 30th April 2020
Investment Plans


These are all the plans Currency-mining.com provides. Let me take the second plan for example: if you deposit $500, then you can earn $7.5 per day and $225 per month. At the end of 18 months, you will earn $4050 profits with your initial deposits($500), totally $4550. Profit is paid daily and you can withdraw it from your account at any time.
According to the FAQ page, early contract termination is possible only after the mandatory hold term (180 days). You will get 50% of the funds deposited.
Referral Commissions
Currency-mining.com provides 5 level referral commissions for its promoters. And you can earn 5%, 3%, 2%, 1% and 0.5% from your team members’ deposits. You don’t need a deposit to participate in the partner program. So you can only invite friends, family members, colleagues, and earn up to 11.5% of all the purchases of your partners! Share the link and make money!
If you register and invest from my personal link, then welcome to submit RCB request at top of my website. I will give 5% of your deposits back to your wallet.
Payment Options
Currency-mining.com accepts PerfectMoney, Payeer, Bitcoin, Ethereum, YandexMoney, Qiwi and Russian Bank Card.
Withdrawal Type
It takes 30 seconds to transfer funds to any payment system. If you did not receive money within 15 minutes, firstly, check that your wallet ID is correct in Settings. If your wallet ID is correct, send a message to admin, with time, date, and transaction sum to check the payment.
Domain Registration


More Information
Currency-mining.com runs its website on an original designed template, and admin registered UK company certificate with registration number 07132418. There is also a video review on its homepage and you can click to watch if interested. Currently, Currency-mining.com supports 4 languages, including English, Russian, German and Uzbek. For more information about Currency-mining.com, you can follow their social accounts at the bottom of their website, including Telegram, VK and Youtube.
Register: https://currency-mining.com/ref/hyiper
Come From: https://www.hyiper.net/blog/177.html

To get started with mining in the cloud, you will typically enter into a contract for a specific hash rate (for example, a common rate is around $175 USD for 1000 GH/s). Your ultimate return on this investment will depend on the price of Bitcoin, exchange rates, the cost of electricity, and a number of other factors. Additionally, when it comes to profits, even legitimate operations will ... Dash Cloud Mining Companies Can Help You Save Costs. Tony VincentAugust-31-2018. If you do not want to go through the trouble of maintaining costly hardware for mining, you can sign up for Dash cloud mining contracts. Dash cloud mi. Read More PB Mining Review: Claims to operate Bitcoin mining ASIC hardware. When customers buy a bitcoin mining contract then they will begin earning Bitcoins instantly. At Piggyback Mining, they cover the electricity costs and all Bitcoin mining pool fees. The Bitcoin mining contract is 100% insured because they want customers to succeed. High Mining Company − which has been registered under the registration code of 12153851 − is an officially registered company in the UK. Its registration details, including its shareholders, its postal address, and the details of its managing director, can be easily accessed and retrieved from Company House, which is the United Kingdom’s state registrar of companies. Switch your mining power on the fly for all the coins using our bitcoin mining website. Customer Service. Get your first mining output today . You will get periodic mining outputs to your designated wallet. Try our Bitcoin mining platform now! Our pricing. Testimonials. Genesis Mining is one of the leading cloudmining companies and a trustworthy partner of ours. It’s good to see that they ...

A short introduction video explaining Bitcoin Mining Hardware, Hosted Bitcoin Mining Hardware and Cloud Mining Contacts (including PACMiC's). We look into th... Join Binance Exchange Here! https://www.binance.com/?ref=13795076 Join Kucoin Exchange Here! https://www.kucoin.com/#/?r=7chr68 Mine Bitcoin and other Crypto... Take a look inside of my Lifestyle Galaxy dashboard to check my profits from my bitcoin mining contract. Monthly updates. Want to start mining your own bitco... Here I purchase a new 50 TH/s Bitcoin mining sha256 contract on Hashflare and walk through the cloud mining profitability. Mine Bitcoin at HashFlare: https:/... How Much can You make on a 500$ Bitcoin Mining Contract? The results speak for themselves.. Start mining your own cryptocurrencies from as little as $25 up t...